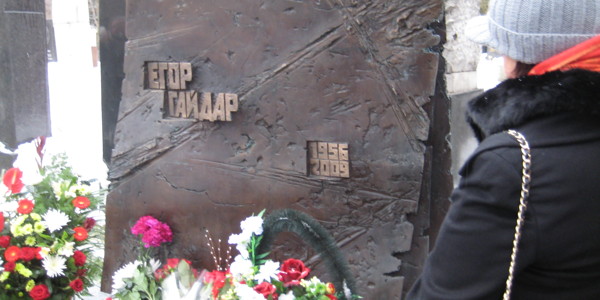 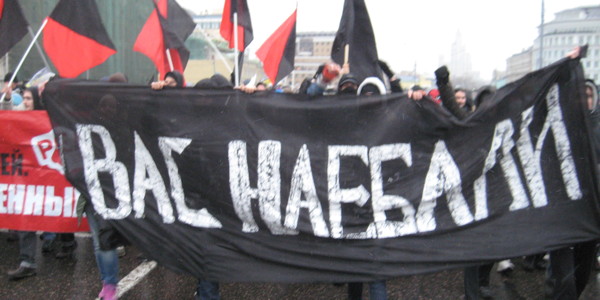 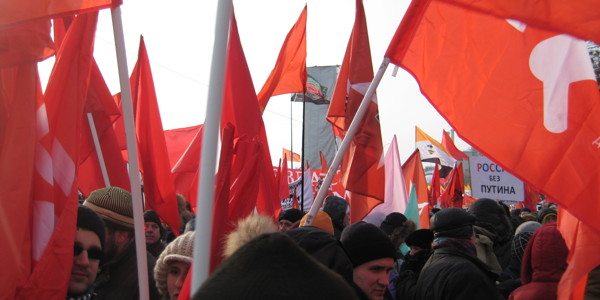 The Russian Socialist Movement (RSD) at a protest. 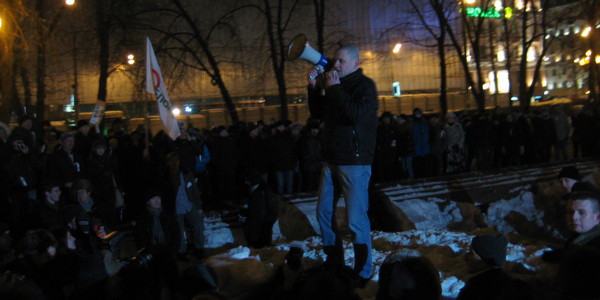 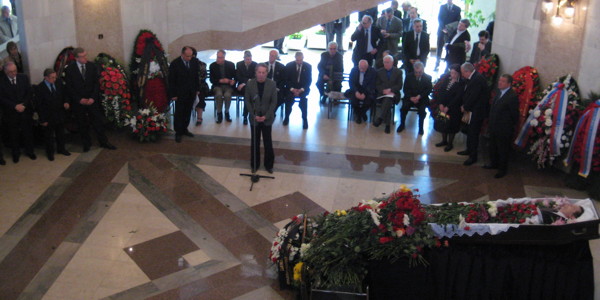 Wake for Leonid Abalkin, economist of perestroika, May 5th, 2011. 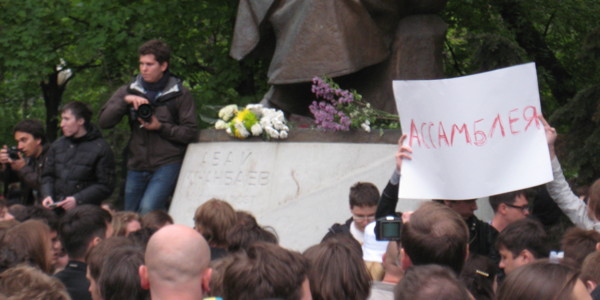 General Assembly at the Occupy Abai encampment, May 2012. 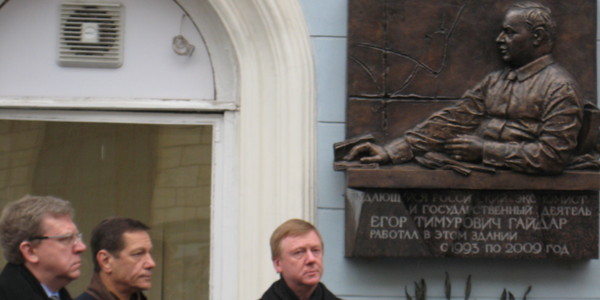 Kudrin and Chubais dedicate a plaque of Gaidar, March 19th, 2011.

The Institute of Economics, viewed from CEMI
banner slider

What is it to govern and to be governed in the contemporary situation? I am a historical anthropologist concerned with political rationalities and technologies of rule. In particular, I am interested in the imagination and assembly of forms of political order that could be understood as liberalisms by means of the forms of knowledge called economics, and their other, socialisms.

My book project, A Science for Socialism: Economic Theory, Political Epistemology, and Cold War Modernity, offers a historical ethnography of the economists of Russia and the Soviet Union from the end of the nineteenth century until the collapse of 1991-2. Histories of socialism are usually understood as deviations from the norm of a putatively universal liberal democratic modernity. In contrast, I contend that socialist thought, just as much as liberal, is a modern response of an inherited republican tradition that was thrown into crisis by Europe’s transition to capitalism. Over the course of a century, socialist thinkers searched for alternatives to liberal statecraft’s evolving mode of governing modern life, an alternative that would not depoliticize and privatize a wide range of decisions and leave them to their own dynamics— an alternative, that is, to “the economy.”

Schematically, the narrative of my book operates on three levels. First, it is an historical ethnography of the “scientific-technical intelligentsia” (as it was called) of Moscow over intergenerational time. I follow shifts in values, forms of interaction, and institutional life, and show how they generated attachments to political visions of the future. Second, it chronicles the story of a little-known science: socialist economics. I situate it in the (geo)political, mathematical, and scientific milieux from which it drew its problems and tools. This reveal both its specificity and its deep interdependence with the contemporaneous economic thought of market societies. Third, by resituating modern disciplinary “economics” within a broader horizon, I construct a vantage from which to see the contours of that latest mutation of political modernity that defined the Cold War and still limits our present, a modernity no longer of monarchies and republics, but of state and market.


n.d. "Accounting for Socialism: Yegor Gaidar, Reform Before Transition, and the Pluralization of Soviet Socialism," for an edited volume to be published by Oxford University Press.

n.d. “With or against the bureaucrats? How Russian liberalism grew from a critique of late Soviet administrative power,” with Tobias Rupprecht, Europe-Asia Studies (under review)

)
Article translated and abridged in Problemy Prognozirovaniia, 2002, No. 5; unabridged here

“Dreams in Cybernetic Fugue: Cold War Technoscience, the Intelligentsia, and the Birth of Soviet Mathematical Economics,” Historical Studies in the Natural Sciences 46(5): 633–668. (download

All code written by Adam Leeds is freely available to be re-used. The jssor slider is open source. All content is copyright Adam Leeds, and reproduction, syndication, or quotation without attribution is forbidden.